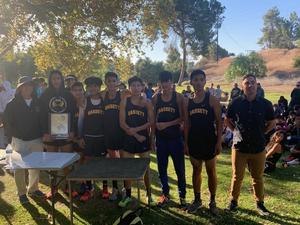 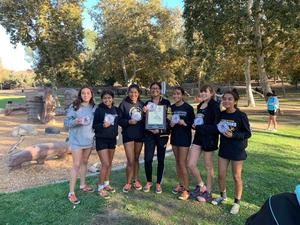 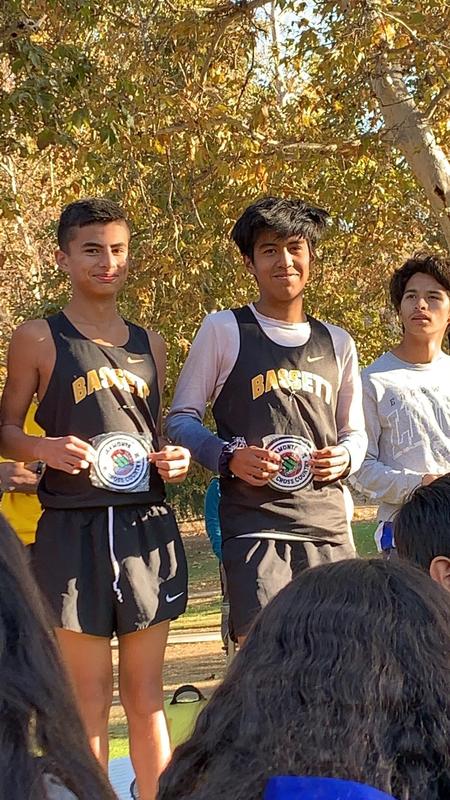 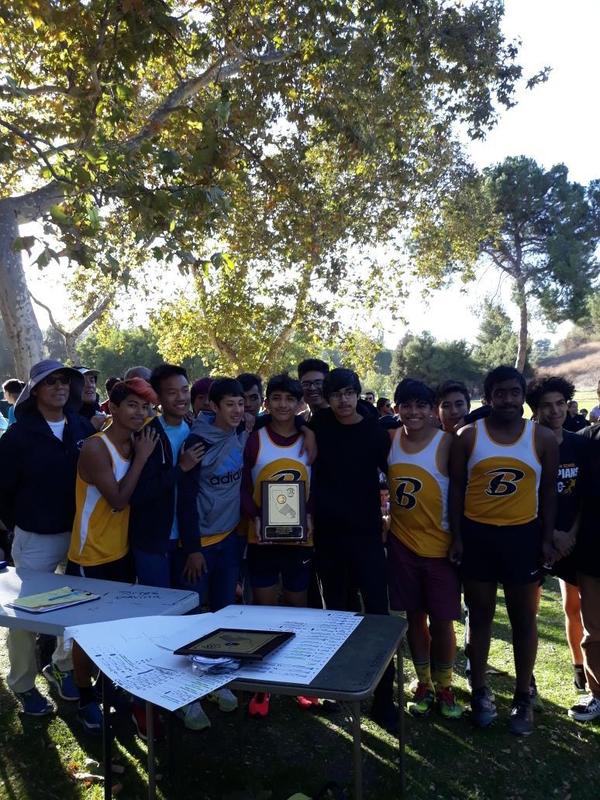 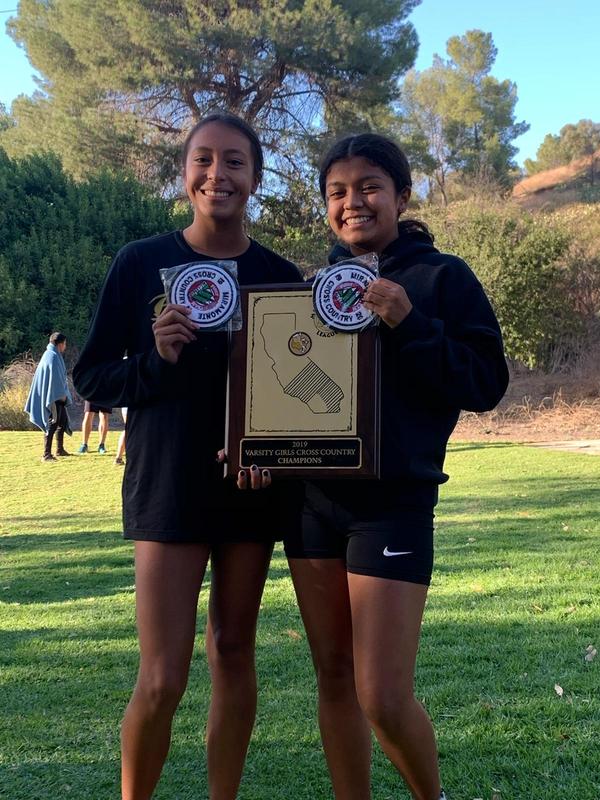 Congratulations to the girls and boys cross-country teams for their outstanding victories.

On Wednesday, October 30, 2019, the Miramonte League Championships were held at Bonelli Park where the conditions were very windy and cool providing for some outstanding performances by our student athletes.

The Bassett Girls strong pack proved to be too much for their opponents as they were crowned Varsity League Champions with a record of 20 wins and 0 losses. As a result, the Olympians girls placed all of their seven runners in the top 12. Leading the Lady Olympians to a 1st place finish was league Champion Claudia Gonzalez as she posted the fastest time in the competition. She was also named Miramonte League MVP. Stephanie Niebla, freshman sensation Anahi Guitron, Vivian Mendez, and, Ana Simon, Ana Tecuanhuehue (9th) and Davina Torres (12th) followed shortly behind.

The Bassett boys’ varsity team also dominated their competition in the Miramonte League by placing their top five runners in the top 13 positions. As a result, they had 20 wins with 0 losses crowning them Varsity League Champions! Leading the Bassett Olympians to an undefeated league season and earning the team title was Alexis Castillon-Leon who came in fourth (4th) place overall. Closely behind him were his teammates Luis Aranda (6th), Eli Hernandez (7th) Sergio Aldana (11th), Luis Berrios (13th), Giancarlo Banuelos (13th), and newcomer Jethro Del Rosario.